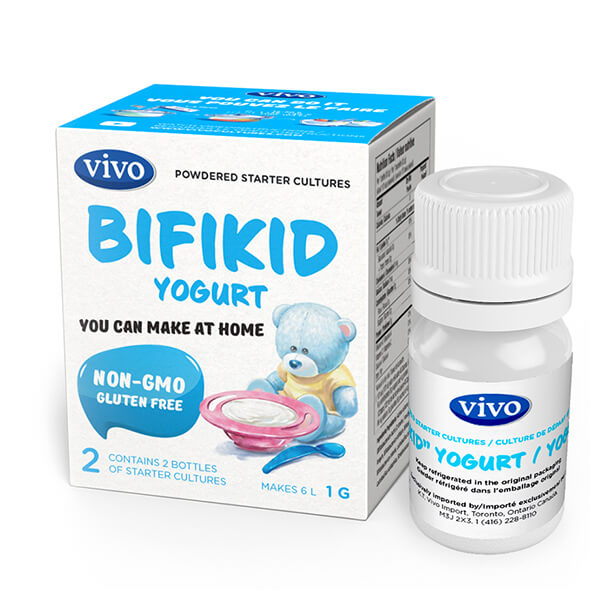 This culture is used for:To strengthen the immune system, Microflora Restoring, For children

Bifivit is used for feeding children aged 6 months and older. It helps to restore the microflora, strengthens the immune system, and prevents allergic reactions. Children like its taste very much.

Bifivit is a starter for homemade fermented milk drink. Bifivit is the most popular product favoured by children. It can be given to children from the age of 6 months Bifivit is often the first fermented milk product to be introduced to the baby's diet. Bifivit restores normal intestinal microflora during dysbacteriosis and dysbiosis, contributing to the preservation, promotion and recovery of health. Human-friendly bacteria contained in Bifivit actively multiply in the milk to create a thick fermented milk drink with a pleasant mild flavour and delicate texture. Health properties result from the high content of beneficial microflora cells (bifidobacteria, lactobacilli, lactococci) and their useful metabolites (polysaccharides, vitamins, fatty acids, enzymes, etc.) Bifivit includes bifidobacteria and lactobacilli of different species and strains. These bacteria perform the following functions: 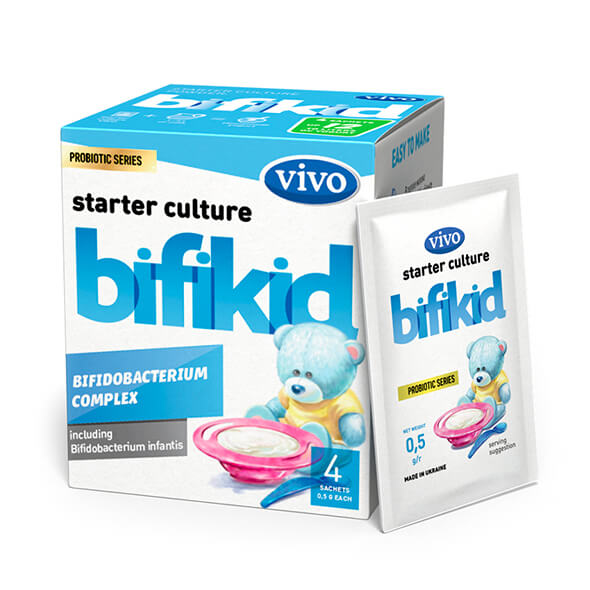